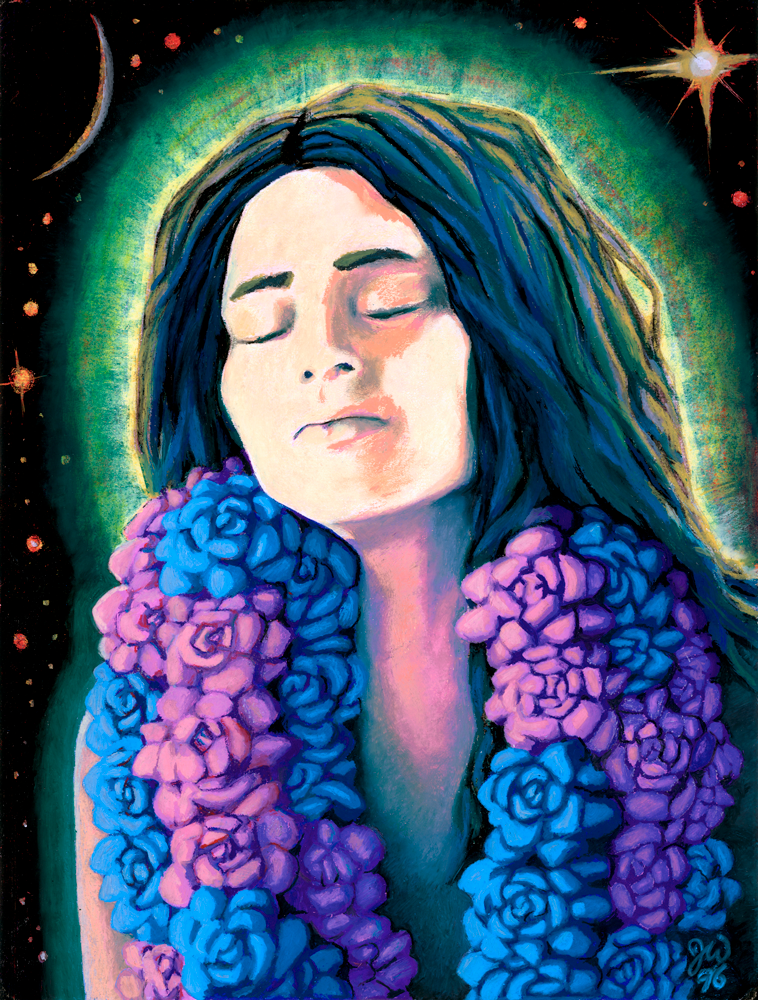 Sri Anandamayi Ma was a direct incarnation of the divine Mother and a living saint. From the time of her birth in India, 1896, to that of her passing in 1982, she is said to have never experienced the painful state of seperation from God. Her name literally means ‘bliss-permeated mother’ for she would often remain in a state of rapture for hours or days. She took no notice of her body, and unless attendants put food to her mouth, she would not think to eat.

She was born to a poor and devout family. She neither needed nor received a formal education, though she later instructed learned pundits and philosophers. According to tradition, she was married at age 12, but her older husband realized her exhalted nature and became a humble devotee. She had no mission to fulfill and did not seek out students. Her very presence of radiant benediction attracted hundreds to come to her. Her mortal remains in India is now a place of pilgrimage for many.

“My consciousness has never associated itself with this temporary body. Before I came to this earth, I was the same. As a little girl, I was the same. I grew into womanhood; still I was the same… Ever afterward, though the dance of creation changes around me in the hall of eternity, I shall be the same.”

“Freed from all attachments, man no longer wanders in the realm of suffering.”
-Sri Anandamayi Ma